Sale of an HTC plant in UK 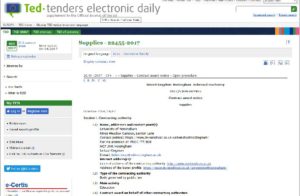 Ingelia has won the European-level bidding process which began in late 2016, by which the University of Nottingham proceeded to select the company that should build a hydrothermal carbonization plant. Several European and British companies were presented to this public competition, but Ingelia was the winning one. (http://ted.europa.eu/udl?uri=TED:NOTICE:22455-2017:TEXT:EN:HTML&tabId=1).

Ingelia has already started the project to execute the plant, which will be completed before March 2018.